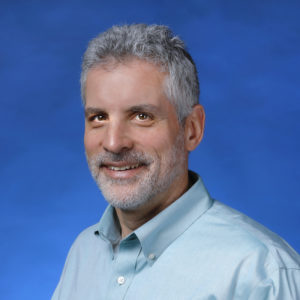 Reed has long been invested in computer science education for underrepresented minorities and has received more than $2 million in grants to develop programs for this purpose. Fluent in Spanish, he was the principal investigator of the National Science Foundation-funded Summer Science Camp from 1992 to 1996; 90 out of 100 inner-city Chicago middle school students who participated indicated an increased interest in STEM careers after completing the program. As co-principal investigator on the CS Scholars S-STEM grant, also funded by NSF, Reed recruited and nurtured 27 Latino, African-American, and female students in their computer science education at UIC; 86 percent of them went on to pursue tech careers.

As a founding member of the Chicago Computer Science Teachers Association, Reed ran Google-funded “CS4HS” seminars for multiple years and was part of the team that worked from 2009 to 2016 to ensure that computer science would be a high school graduation requirement in the Chicago Public Schools. Reed has been involved with the replication of the Los Angeles Exploring Computer Science grant in Chicago and was co-principal investigator on the NSF CE21 Taste of Computing grant and the ongoing NSF CafeCS grant, working to increase equity in CS education. Reed is a product of the early version of the ECS Facilitator in Development program and is now a national ECS Professional Development mentor facilitator. He was a member of the College Board Development Committee for three years, helping to establish the new AP CS Principles course. Reed joined the AnitaB.org board of trustees in October 2019.